When we first reported that Ian McKinnon wasn’t seeking reelection we profiled some potential future Deputy Mayors. Of those Paul Eagle was the favourite:

Paul Eagle – relatively young, first-term Southern Ward councillor of Maori descent (which probably helps), Eagle is a popular figure with the public and will likely romp home in his ward this time. Eagle seems to be a decent networker and could actually shore up extra votes around the table. He also has his eye on bigger things, openly wanting to stand for Parliament and being Deputy looks good on the CV. He has show ability to work with all sides, and its hard to imagine anyone having a problem with him being Deputy. I’d say he would be the favourite.

Despite Eagle’s not so subtle posturing to be John Morrison’s Deputy during the campaign and his clashes with her in the last term, Celia Wade-Brown would be well advised to pick Eagle as her deputy, as she can now do under new legislation. Though I’m sure he could win enough votes around table if Celia put the question back to her colleagues.

At a basic level he knows why he’s on Council, how to effectively campaign, not just for himself, but throughout the term on issues like liquor licensing and the long term plan, and how be a visible, effective Councillor. Unlike many of his colleagues his efforts reflect well on the Council and himself (and by extension, the Labour Party). He was the only candidate across the city to pull nearly 50% of total votes cast in his ward.

He’s shown he can work with and gain the respect of people across political spectrum – something that Celia has struggled with. His cooperation with David Lee during the campaign no doubt helped get the Green candidate over the line, beating Ginette McDonald by 90 votes and should endear him to most of the Green bloc on council.

On the other-side of the political spectrum Nicola Young has described him as “one of our more effective & hard-working councillors” with “lots of similar views, especially on the need for regeneration of the WCC”. Eagle could prove to be an important bridge between the new Green bloc and the rest of council and vice versa.

The ability to build new and effective partnerships around the council table and within community will be critical to Celia’s ability to achieve many things over the next term. Eagle will be play a critical role in that. It will define her legacy and how the Council moves towards amalgamation, and other key areas like transport.

He would also bring some much needed political skill and management to the leadership of the Council. Some might argue he got an easy ride in his first term with “soft” portfolios, but with a step up to the Deputy Mayoralty, with his first term track record and the new council composition, he should be able prove he’s destined for (and capable of) bigger things. I’d be very surprised if Celia tapped Jo Coughlan, Ray Ahipene-Mercer, Andy Foster, or Simon Marsh. 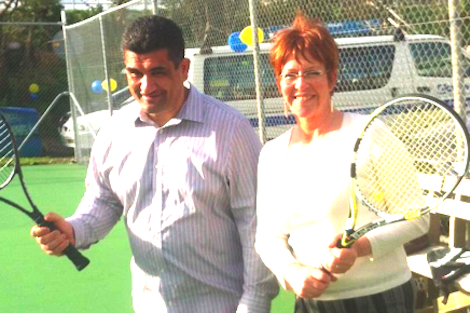